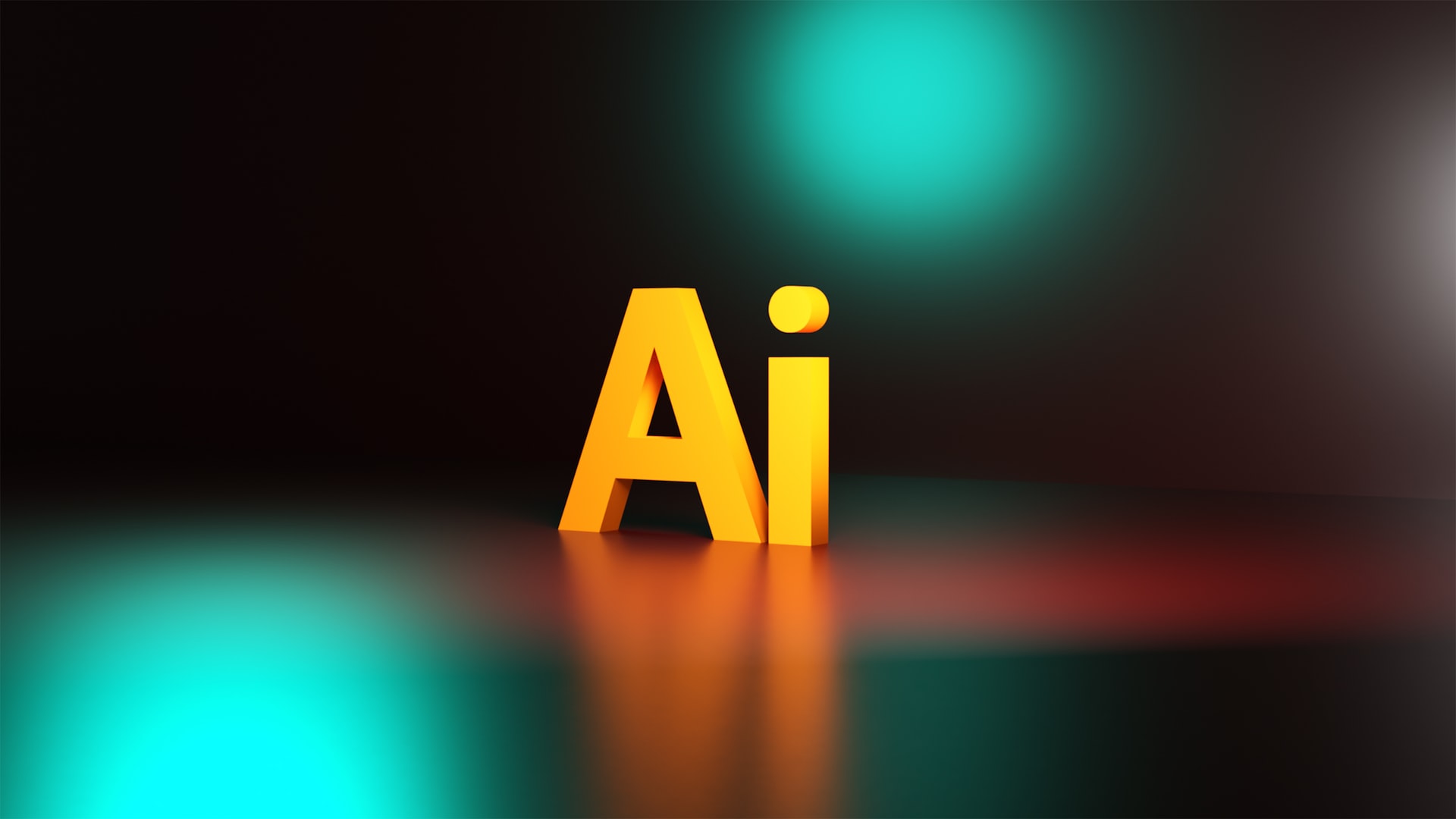 This paradigm is called "collaborative AI" (Koch, 2017) (Koch & Oulasvirta, 2018), and AI itself is understood in it as not only a powerful tool that humans can use to perform various tasks, but also - and perhaps even more importantly - with which they can cooperate fruitfully. The most examples of simplifying artificial intelligence and an interface that allows for seamless cooperation with humans are in the area of conversational AI (Conversational AI) and that is what we will focus on here.

The article also takes a closer look at current trends in the development of artificial intelligence in the context of the labor market and future occupations. In addition, the text will focus on the digital skills necessary to effectively use artificial intelligence in knowledge work. Popular today, virtual assistants and conversational AI will serve as examples. The article will attempt to identify the most widespread forms of conversational AI, the scope of their use, and the skills required to effectively use them in both professional life and later stages of academic education, not necessarily directly related to computer science and artificial intelligence.

Predictions for further development paths of artificial intelligence In psychology (Conoley & Conoley, 2010), cooperation is defined as "an act or process of two or more people working together to achieve a result desired by all" or "an interpersonal relationship" in which parties show sensitivity to the needs of others. In economic terms, cooperation is defined as the ability to work and solve problems together for the purpose of achieving common goals (Barbara & Celebrate, 1989). Cooperation takes place mainly between people, but it also leaves room for technology. So, cooperation between people and machines can take various forms (Jemielniak & Przegalińska, 2020). For example, various tools designed and used for communication have long allowed for contact at a distance (email, video conferencing tools or other technologies that enable tele-presence, such as VR), but they also become intermediaries of cooperation, allowing, among others. for joint, remote and often asynchronous management of projects (such as Slack and other communicators).

However, we are now entering a new level of human-machine cooperation. This happens when the system can create synergistic effects with people: generate added value that would not have existed if such cooperation had not taken place. A supporter of the AI approach based on cooperation is Tom Malone of the MIT Sloan School of Management (Malone, 2018) - the author, whose work will be mentioned again in this article and who in his latest book "Superminds" convinces of the power of people and machines working and thinking together. He claims that AI advances can allow for the emergence of new ideas, and even solutions to the most pressing current problems. It is worth mentioning that the convergence of human and robot capabilities is often discussed as a possible solution to the dystopian scenario in which AI annihilates humanity and is postulated by many eminent futurologists. According to Malone's concept, AI should develop expertise quite quickly, become an expert in specific tasks. Equipped with such artificial intelligence, people would use their own talents, abilities and skills (including knowledge synthesis) more effectively to solve problems. For example, recent experimental studies have shown that productivity can be increased (Seamans & Raj, 2018) (Manyika et al., 2017) when creating an assembly system for human-robot cooperation. There are more such examples, for example: systems supporting creative work (music compositions or writing film scenarios or drafting marketing campaigns), as well as intelligent systems used in factories. In the short and medium term, the development of AI will most likely follow two separate paths.

The first is the extrapolation of what AI is today - highly specialized algorithms of deep learning, which can be applied to more complex, context-sensitive and nuanced problems. The second path is associated with creating AI systems capable of processing information in a way similar to the human brain. Currently, deep neural networks have become a key paradigm in AI partially due to an algorithm called backpropagation (Hecht-Nielsen, 1992) (Schrittwieser et al., 2020). Backpropagation allows deep neural networks to learn from data, and thus to obtain such capabilities as language translation, speech recognition, and image classification. The development of narrowly specialized artificial intelligence will probably not affect the number of jobs per se, but, like previous technological revolutions, it will cause a deep change in the economy and redefine the tasks themselves set before employees, changes in models and business strategies, and the ways in which various institutions operate. The second path of biologically inspired AI development has great potential to transform the capabilities of AI and overcome its current limitations, creating more robust and complex systems capable of more abstract levels of reasoning. However, it remains in its early stages, many years away (Tegmark, 2017) (McAfee & Brynjolfsson, 2017) (McAfee & Brynjolfsson, 2016), and it is difficult - at least for now - to refer to how it will change the labor market and how it will affect the character of human-technology relations. It would be purely speculative.

Applications and Uses of Conversational AI and NLP

Natural language processing (NLP) and natural language understanding (NLU) is a field at the intersection of artificial intelligence, computer science, and linguistics, concerned with the interactions between humans and computers (natural language), and in particular with the task of programming computers to process and analyze large amounts of linguistic data - mainly natural language text (C. Manning & Schutze, 1999) (C. D. Manning et al., 2014). NLP and NLU can precisely extract information and observations contained in documents, as well as categorize and organize the documents themselves, segment the content contained therein thematically, etc. Challenges associated with natural language processing often concern speech recognition, natural language understanding and natural language generation. The goal of NLP and NLU is to create a system capable of "understanding" the context of document content, including the nuances of language contained therein, as well as freely conversing with people. This is undoubtedly one of the most rapidly developing fields of artificial intelligence with enormous potential for business, education, public administration, or medicine. At the same time, it is a field in which the no code and low code approach is developing very quickly, giving people of different professions (for example, marketers or content creators, as well as market analysts) the opportunity to quickly implement conversational AI. This is especially evident, for example, in the form of applications for using so-called "transformers", which are described in more detail below. In addition, a table of sub-disciplines of language processing and understanding development and corresponding algorithms is presented below, which will undoubtedly increase in the coming years: from rule-based and AI chatbots, through recurrent networks and word embeddings, to the aforementioned language transformers, constituting a sort of revolution in NLP and NLU.

In particular, the AI system must be able to assess the current situation, observe users, anticipate their actions, predict their needs and act accordingly. These skills generally require a tightly coupled integration of perception and action, in which the human and the AI system perceive and understand their partner and take appropriate action to achieve the goal. Further development of artificial intelligence in the context of collaboration with people, both in business and in institutions or public administration, will require a great many projects in which we understand well what kind of support employees want for specific, well-numbered tasks and what their level of digital skills allows them to do, as well as building clear, yet as individualized as possible, paths for increasing competence in using AI. Since 2020, which turned out to be a pandemic year, we have been undergoing a somewhat forced and accelerated digital transformation. The widespread use of artificial intelligence, especially, but not exclusively, in knowledge work, is its next phase.

* The article is a teaser, an excerpt from a larger publication entitled "Artificial Intelligence (AI) as a Megatrend Shaping Education. How to prepare for the socio-economic opportunities and challenges presented by artificial intelligence?" It will soon be available in English in Publications